So I want to share something that I learned from Billie Eilish watching “My next guest is David Letterman”. I love her music. But I didn’t know a lot of things about her or wouldn’t normally have watched this episode but I am a big David Letterman fan and I’ve watched him since I was young.

He gave me this feeling of like being so funny and dry. And his timing was so great. And he did it in this talking dialogue format that as a kid, I was really baffled by like, how does somebody actually talk like that? I was so amazed because he was able to pull this gem out of Billie Eilish that I think will apply to editors, to anybody who is doing a podcast or YouTube or Instagramming.

Basically, anyone who’s creating content. So hopefully it is for you, but Dave is hanging out inside of Billie Eilish’s house and recording studio with her brother who’s her producer and writer and editor, all that good stuff.

And he also puts out music on his own. In this context, what he’s doing is really showcasing how he supports and helps Billie Eilish and how they kind of work together as a team. This episode was seeing the behind-the-scenes, Billie Eilish goes, Hey, I’m going to take this song that we put out it’s on the charts three and a half minutes I’m going to show you how many cuts we had to make this. Because obviously none of it was recorded like straight from the beginning to end. And that one take was the shot and the thing that they used, it was literally 48 cuts. Over the course of a three and a half minutes song. It was literally every two to three seconds.

And not even full words, like if I said AND TODAY, and then I would record that again, like, AND TODAY, and then overdub that, put that into the place that I want to replace that out of. It wasn’t even just that it was like in the middle of saying the word (aaaaaaand) it would be like, that was two separate cuts and take. (aaaaaaaand) that would be like one and then (ddd) the last part of that would be separate. So I thought that was so wild because something we hear is so perfect was it took so much work and precision to make it feel and sound that way. And it’s almost like a beautiful piece of writing I saw that editing process and those cuts felt like the same thing to me.

Let me bring out what was the main lesson here that applies to creators and podcasters and business owners. It really comes back to having and giving yourself the freedom to talk when you are recording. Knowing that there is an editing process. Out of all mediums that you can create in with podcasting, you have this freedom because people may not be able to see you. You can actually record in 10 48 different takes if you want it to and piece those little sentences together to make it sound cohesive. There are a lot of ways that if you basically know what their editing process is you can hand it off to an editor or producer, you have the skills to do it yourself.

You’ll be freer. You’ll take more shots. You’ll actually stretch yourself in terms of, this is what I think this is how I feel. And if you’re early on making stuff like podcasts and YouTube videos. You’re trying to kind of find your voice. I know I still am. And it helps when you give yourself this freedom of like, oh no, this is just the one shot I have to record. And this is it, with technologies available today, you can edit in a similar way to that. Eilish song, if you really wanted to.

The access to an editor or somebody who can actually take out things where you didn’t sound good or you felt cringy, it’s not just available to people who are paying thousands of dollars for studio time. You can take that same learning from musicians and that same ear because that’s what I appreciate about learning from Billie Eilish and other musicians is they have a finely tuned ear. Right? What sounds good? What feels right. Will feels cringy. And you want to almost apply that same feel to your episodes in the editing process.

Think of it like a song. It might be a 60-minute song or a 30-minute song or a two-hour song. But whatever your length is, Does it have a rhythm to it? Does it have periods of being short back and forth or warming up and then getting really excited and ranting about something or in a podcast episode, the Story arc is so important?

The story is really if a character is going through a change, who are they at the beginning and who are they at the end? Otherwise, it’s just a series of events, right? So if you take this approach of trying to edit for a story with your podcast episodes, now what you have access to is like, okay, how do I not just record this in one shop, but maybe do like 10 different pieces. You could maybe write it down. You could look, you could give your shot at the camera. You could give it into the microphone, save like stop the file recording. Save it as like part one for this episode and then record another file and go, okay part 2, part 3 and part 4. If you do it that way, you all of a sudden remove this pressure where it’s like, man, I have to record 60 minutes, uncut, unbroken. I have to sound perfect. And if you take this approach of just knowing that the editing is there, even if you’re like, no, I don’t need editing.

I’m a one-shot kind of person. That’s all I need. You will stay. Be a little bit more free because inevitably you will mess up. And when you mess up, you’re not going to be like, oh, shut the whole thing off. And you’re not going to get frazzled and start a 30-minute episode all over again. You’re going to be able to very seamlessly. Edit it out as if nothing happened.

I don’t know if other people enjoy Billie Eilish or , if we’ll see this same connection that I did, but I thought this was a really insightful thing for her to show people was the behind-the-scenes of this one song.

And how it’s not perfect, even though it sounds perfect. I think we can extract a lot of those lessons if we’re creating anything in any format. Because nowadays in most things that we do Is everything you have the ability to edit and it’s not just making it sound perfect, but it is servicing the listener or the viewer,

it is servicing them because they are getting the absolute best of the best of what you said. So that’s why something I really have been trying to do is not just uploading full podcast episodes onto YouTube. I’ve been taking those episodes and taking a 60-minute thing and turning it into a 10-minute. Or three to 10 minutes or 12 minutes, 15 minutes max clip, where it gives you the best of the best. I’m ruthless and was trying to get cut all the fat out of it. That is like, how can I give you the viewer or the listener, the absolute condensed version of this. So edit is everything that is something I’ve heard.

And it’s true after watching this and Shooting or recording for the edit is a fascinating concept that is definitely true too. And you can see Billie Eilish does it. It’s not like she sits down and goes, all right, let me sing the whole song. You saying a couple of words at a time and you sing that over and over and over until we have enough takes. That sounds good. We’ll get something out of that for sure. Let’s move on to the next sentence. And you do that sentence by sentence. Podcast episodes are built that way. They’re made up of words, but words are made up of sentences. So that’s all you got to do one sentence after the other.

If you’re in a place where you need help with editing in any format. Make sure you reach out to [email protected] or drop a comment with your questions. I’d love to hear from you, but thank you so much for hanging out. If you enjoyed this episode, definitely check out “My next guest is an episode with David Letterman”. I think you’ll enjoy the full one, but even if you don’t, I hope you got some insights that you can take away and immediately apply to your own editing process or your own recording process or creation in whatever you do. So thanks so much for hanging out. If you enjoyed this, you’ll definitely like some of these videos above so make sure to save them for later. And I’ll talk to you soon. 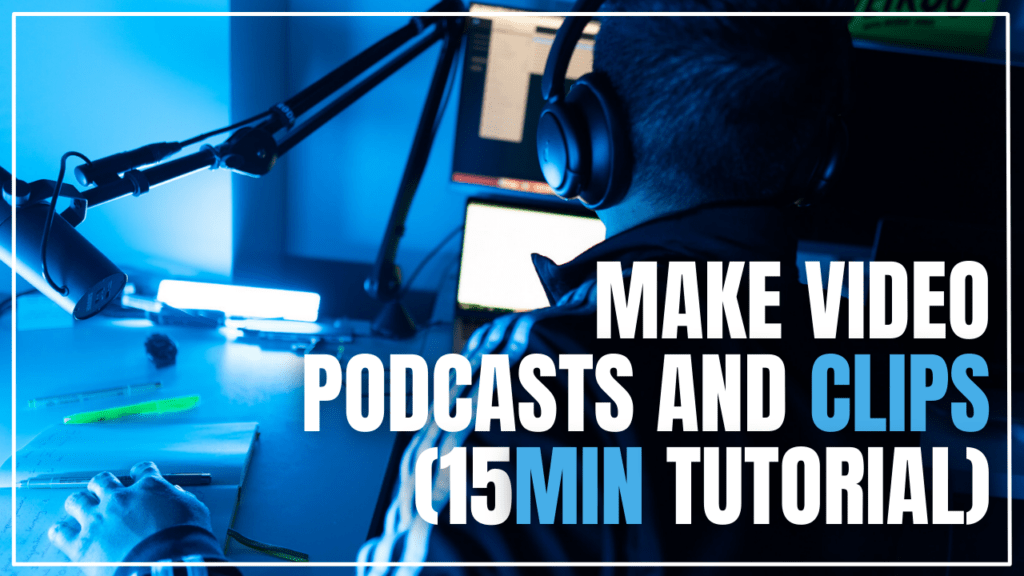 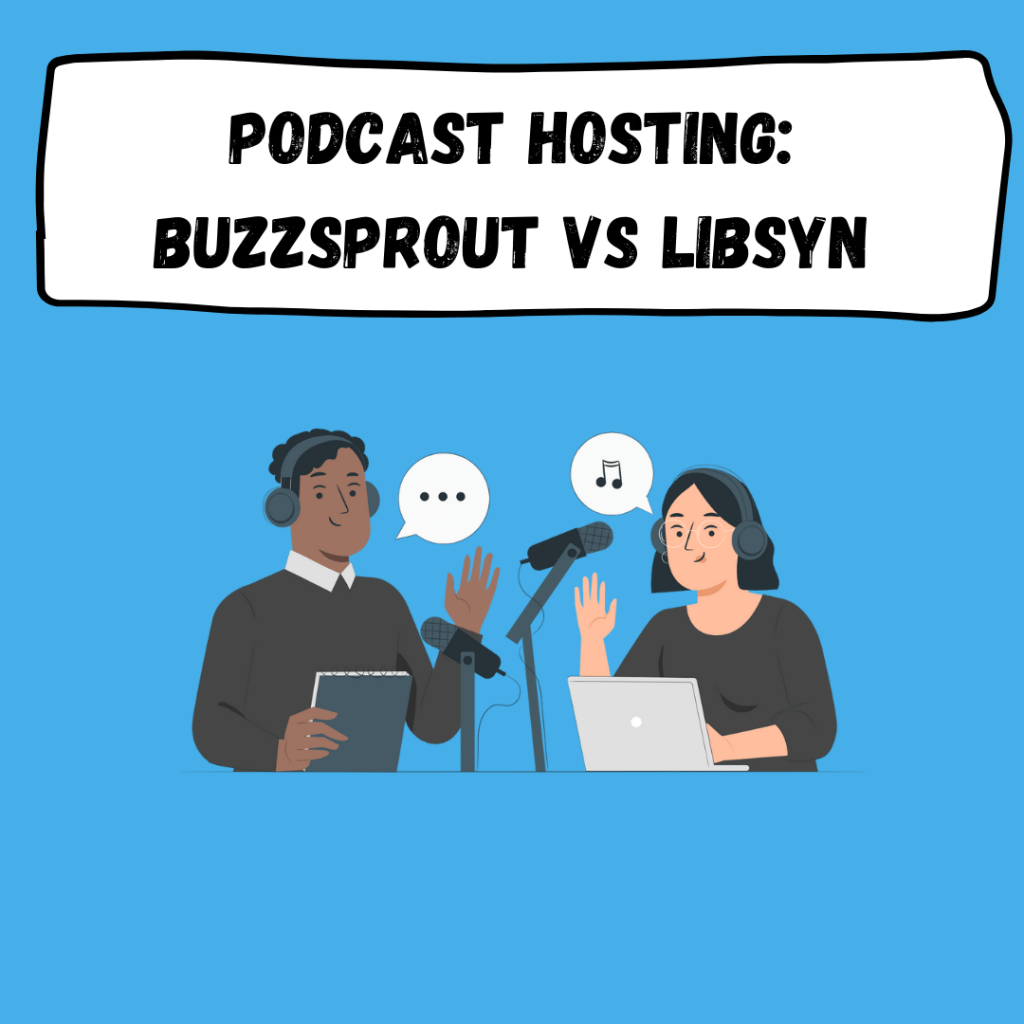