Anxiety during performances, presentations, and recording is inevitable, especially to those who are not accustomed to it. Thousands of people suffer from performance anxiety, “stage fright”, or being “camera shy”.

So I recommend these 3 breathing protocols to help podcasters, YouTubers, aspiring content creators, singers, or performers to ease their anxiety before performing and recording.

For all of these protocols, the ideal time is at least 2–3 minutes.

2. RATIO 1:2:3 (inhale: hold: exhale) — This breathing protocol helps you improve the connection with your diaphragm. This protocol allows you to exhale longer than INHALE. (e.g. if you inhale for 4 seconds then you have to hold it for 8 seconds and exhale for 12 seconds).

Hey Misbah Haque here and today I want to talk to you about three different breathing protocols that you can keep in your back pocket for whenever you get a little bit anxious whenever you get a little bit nervous before pressing record, this could be you hopping on as a podcast guest you doing your own podcast, maybe it’s recording a YouTube video or doing an Instagram real, it doesn’t matter, recording of any format, it tends to have this deer in headlights type feeling where as soon as you record,  you sound like a robot or you forget everything you were gonna say or your voice starts shaking.

So there are three different protocols I’m going to show you, not one is better over the other, I’m giving you options. So you can try out and see what works for you best depending on the situation you might be in. So the first protocol I’m going to show you I find helps me with focus, it reads 132. And that’s a ratio for inhale, hold, exhale. And the rest of the ratio is determined by whatever that first inhale is. So let’s say it was four seconds. And that means that my hold is going to be three times the amount which is 12 seconds, and then my exhale is going to be two times the amount which is eight seconds. So plug in your numbers based on whatever your first inhale is going to be and you can count silently in your head. But I find that doing this for at least two to three minutes is going to allow you to really feel if you feel tightness in your chest, you’re going to feel this expansion where your shoulders will be able to relax a little bit better. And hopefully, your breathing will be better, which gives you better access to your diaphragm and helps you when you’re actually speaking, recording, singing whatever it might be.

So the second protocol is to improve exactly the connection with your diaphragm. And I’ve been working with a vocal teacher because I’ve had issues with this in the past. And one of the biggest misconceptions that I learned was that I always thought that breathing in more and releasing more air as you’re talking would help, be louder and project and be clearer. But really, that’s not the case, what you want is compression, you want to use as little air as possible. When you’re talking, you almost want to have a bit of this squeeze in your abdomen. And that’s kind of what allows the sound to travel out. And the exercise she gave me was putting my hands on my stomach and going bop, bop, bop. And every time that sound comes, you’ll notice there’s this pulsating feature that happens in your abdomen area. So an exercise or spin-off that I developed off of what she taught me to help improve this connection is this ratio 123. So that’s inhaled, hold, exhale. So inhale for four seconds, hold for eight seconds and exhale for 12 seconds. Now the emphasis on the long exhale is what’s key here. Because when you focus on a longer exhale, this is what initiates the parasympathetic nervous system. And that’s what’s going to help kind of bring you down if you’re feeling a little bit jittery at any point. So the takeaway for this one is really just exhaling much longer than you inhale.

And the third and final protocol that I really love. And it’s really just because of its simplicity, and how it really hits all four corners of the box. For me, it’s called Box breathing, and it’s an 1111 protocol. And this one’s a little bit different. It reads, inhale, hold, exhale, hold. So let’s say you inhale for three seconds, the first hold is just holding the air that’s already inside. Now the exhale is going to be three seconds. So on this type of exhale, you can kind of like, just let go a little bit more, right? Because it’s faster, and it’ll be over pretty quick. The second hold is where all the air has been released. And now you’re holding it for three seconds.

So that’s just a melody counting thing that I learned. So I found that this one helps you feel focused and alert. And it’s also very manageable when you really don’t feel like doing it. Or when you’re a little bit stressed and overwhelmed. You’re like what were the numbers again, it’s like just do 1111 And you should be good to go. So the ideal amount of time for all of these protocols is going to be at least two to three minutes. As you practice this, you’re going to become a little bit more advanced, or maybe within 60 seconds, you’re going to be able to really shift your state and feel a difference right in the beginning just to be safe. I recommend reserving more time if possible.

So it’s like so it’s like. And you’re going to notice it’s tough to hold your breath when the air is out. But then what it does is the next inhale that you have is just the air feels so good, you’re like. So that’s wonderful. And it’s one of the simplest ways that you’re going to notice you can bring your system down, but also feel this alertness and focused feeling at the same time. So it’s a very easy one to remember, if you’re feeling overwhelmed, just count 12345678 and then hold 12345678, exhale 12345678.

But at the very least give yourself two to three minutes of doing this. And you should notice a significant difference in your state. If you feel that, make sure to drop me a note in the comments or reach out and let me [email protected]. Hit me with any and all of your questions. I’d love to hear from you. And remember, check out our free resources at podmahal.com from planners to checklist equipment recommendations, all that good stuff to help you start your own podcast. So thank you so much for being here today. Make sure to like and subscribe. I will see you next time! 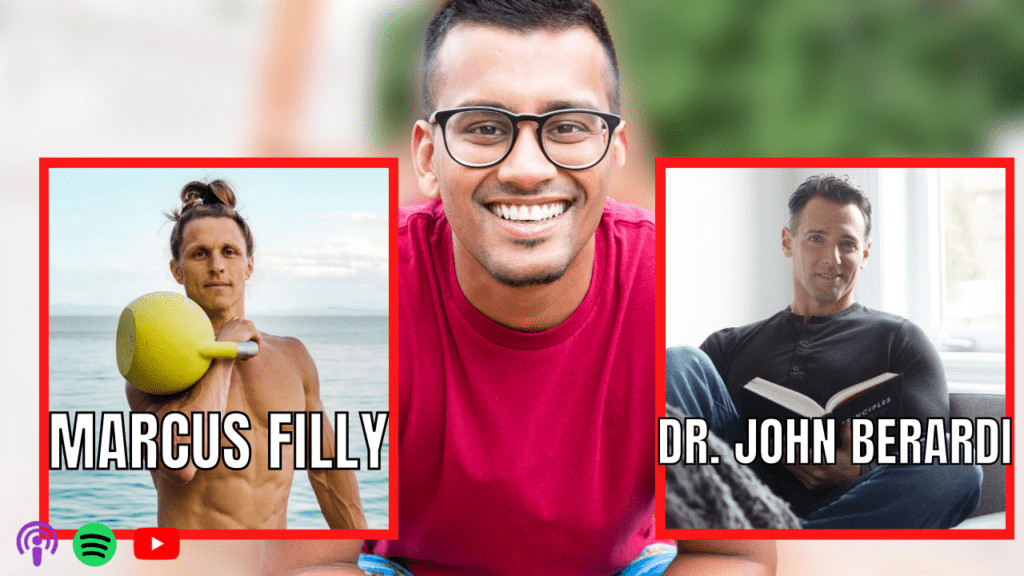 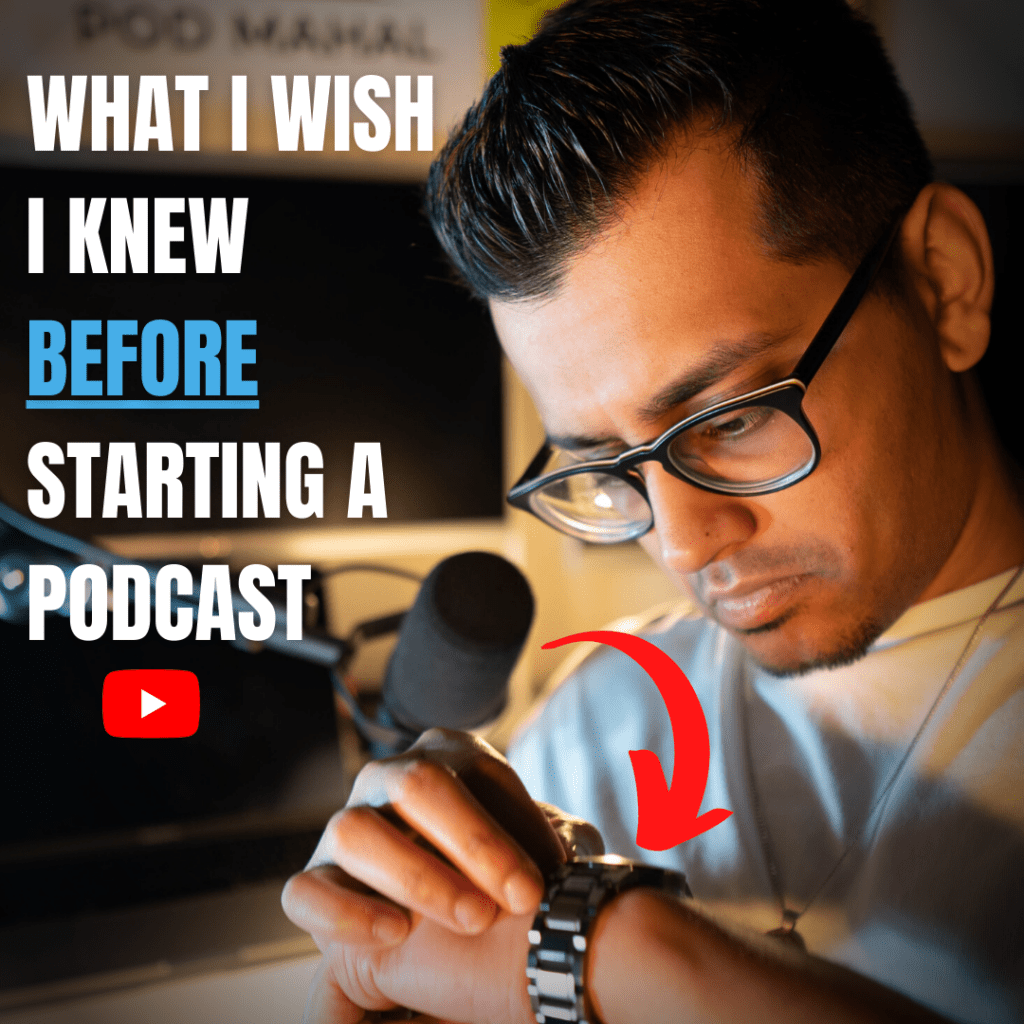 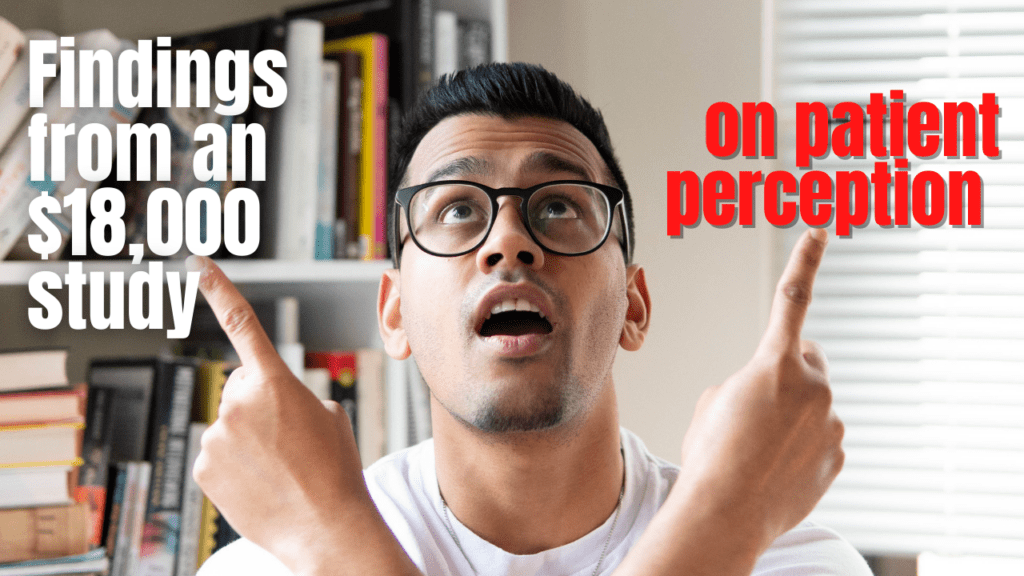